Once in the air, ospreys will arrange the fish so that it is facing upright, head forward. 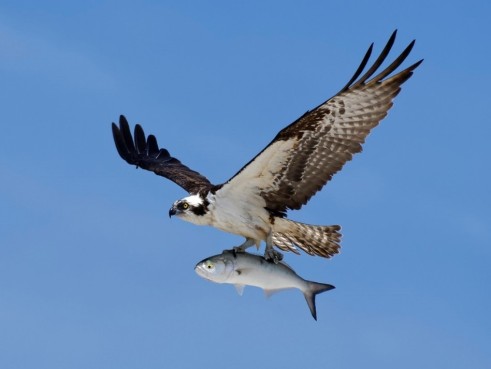 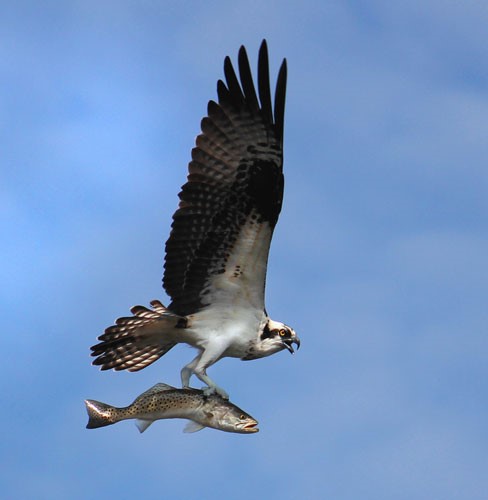