Despite their large size, Ospreys can briefly hover. This allows them to pinpoint a fish and set themselves up for an effective dive, plunging feet-first into the water to catch their next meal. 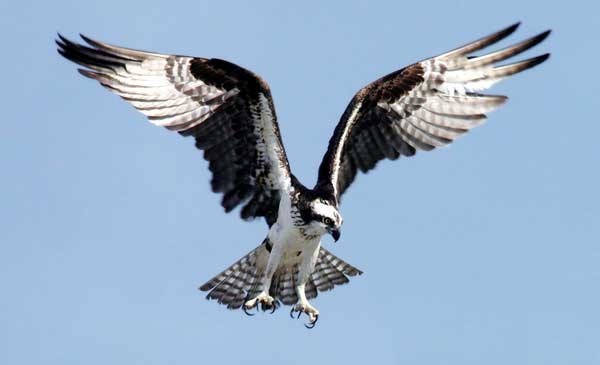