Ospreys have longer-than-usual wings, which give them more powerful lifting capability. This allows Ospreys to lift a heavy load of fish up from being partially submerged in the water.  Its prey could be 50 percent of the bird’s own mass, and longer, more powerful wings are essential to lift that meal into the air and back to the nest. 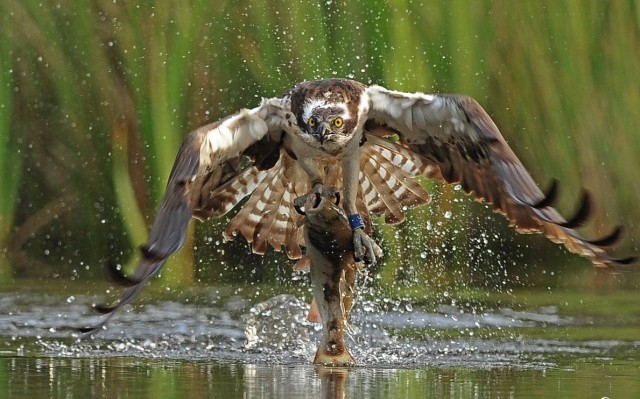