“I don’t know,” said Ozzie. “I don’t like them fooling around near our nest.”

“It’ll just be for a few minutes,” Harriet explained.  “Something is wrong with the camera and they need to figure it out.”

Ozzie cocked his head and glared at the Doctor’s giant nest on the bank of the North River.

“Are you sure we can trust them?”

This question made Harriett very angry.

“Trust the Doctor? I can’t believe you said that!”

“If they start fooling around with our eggs,” Ozzie warned.  “I’ll come in with talons bared like you’ve never seen before.”

“Take it easy,” responded Harriet.  “The Doctor is our friend.”

Tropical storm Ada.  This is what it looked like on channel 12 doppler radar: 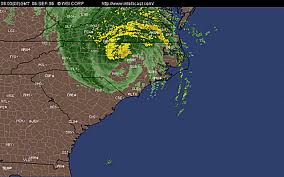 Winds from the southwest; 45 mile-per-hour gust.  Horizontal rain.  Would you let your child go out and play under these conditions?

The A team arrives right on time. A few substitutions had to be made. The subs were the tough guys. Do not use the word “difficult” around them.

The Doctor walked them into his office. 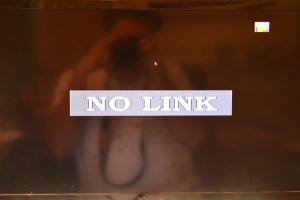 It gave the Doctor had a headache.

It gave the tough guys inspiration and motivation.

“Do not worry Doctor, we will be right back!”

Another rain band made itself known.  A curtain of water covered the Taj Mahal.

“Maybe we should give it a few more minutes,” said the Doctor.

He may as well have been talking to the Navy SEALs. 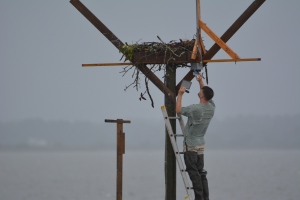 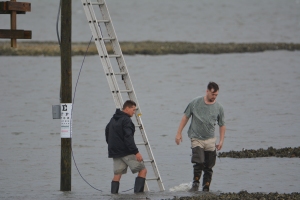 The A team’s movements were accurate and precise.

“Ozzie and I gave them some distance. That’s not to say that Ozzie was not agitated throughout the entire procedure. At one point I thought he was going to attack tough guy # 2, but I talked him out of it thank goodness. 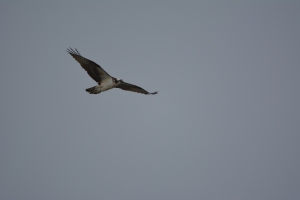 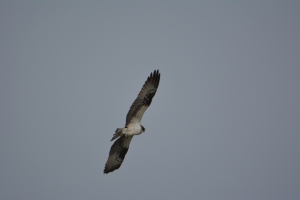 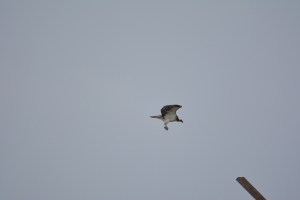 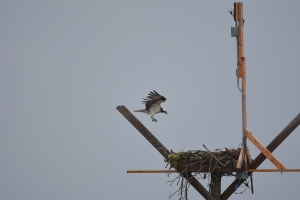 Meanwhile, the Doctor sat in his easy chair, in his giant nest and took pictures of the proceedings, while sipping on a Bloody Mary.

“Is this Absolute or Gray goose,” thought the Doctor.

The supposedly waterproof box containing the power converter for the coaxial cable is full water.

“I could’ve told you that,” said Harriett.

“Well, why didn’t you?” Asked the Doctor.

“Well, I thought you knew what you were doing when you put the camera up.”

The Doctor pursed his lips, then turned to the A team.

He shook hands with the tough guys and gave them knuckles.

The Doctor ordered a new power converter from Amazon and requested next day delivery.

“How about stopping by at 7 PM (low tide) on Wednesday evening?”

“No problema, see you then.”

2 Responses to A Minor Repair