“August it is,” confirmed Harriett without a second thought. 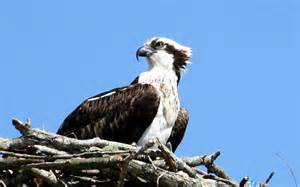 Harriet on their new future aerie

“August is special. Isn’t that right Harriett?” proclaimed the Doctor.

“Special? Sure, special if you say so. Special in what way?”

Well, August is the month baby sea turtles emerge from their nursery.  In Florida they break out in July. Here in North Carolina, loggerhead sea turtle hatchlings emerge in August, to make their way toward the ocean. Watch this video to see their late-night scuttle to freedom.

“Many wonderful things happen in August, the Doctor continued with an overly buoyant enthusiasm.”

“How do you feel, Harriett?”

“I feel fine Doctor, why do you ask?” Harriett responded with suspicion.

“Well, you know……… It’s August,” prompted the Doctor once again. ” This is the month you, Ozzie and Tweedy will be migrating south. That is special, is it not?”

Sensing the Doctor had a secondary agenda for this morning’s telepathy, Harriett responded cautiously.

“Yes, August it is,” she repeated.  “And sure, August can be special. What else is on your mind?” Inquired our Bird feigning indifference.

The Doctor was having difficulty directing Harriett towards the conversation he had in mind.

He gave it another try.

“What’s the first thing that comes to your mind when July 31 becomes August 1?” Asked the Doctor.

A full minute of silence ensued.  Harriett looked around for the missing pieces.

The Doctor continued,    “Don’t you have a special emotional attachment to this month?”

“What is the Doctor thinking?  Certainly not that emotions, especially human-like emotions, affect us Raptors.  He has something else in mind; I know it. Yes; he wants something.   I am sure.” Harriett concluded.

Harriett breathed in the serenity of North River on this particular August morning.

She surveyed the landscape, then returned her attention to the Doctor’s open telepathic channels.

“Like what kind of emotions are you thinking about?” She strung him along.

“Like any emotions.” The Doctor’s telepathy suddenly seemed weakened and unsure of itself.

“I like August.  It’s my favorite month,” piped up Harriett, baiting the Doctor to expose himself some more.

“What sort of emotional attachments do YOU have with this month; the approaching end to school summer vacation?” She smirked.

The Doctor cringed.  “She’s playing with me!”  The Doctor’s intuition was functioning well.  Yes of course, the Doctor realized.  This is the Harriett I have grown to know and love.  There isn’t anything new here.  She is playing with me; no doubt.  The Doctor was sure.  He knew Harriett better that she knew herself.

“I can play this game too,” thought the Doctor.

But he was worried.  What he has in mind is important to him and his readers. One small favor.

“Harriett,” said the Doctor.  “You are my most trusted friend, and, well………  I have a very special favor to ask.”