Wow! Jonathan has really proved himself this week. Look at all the sticks he has brought for our nest.

I am busy arranging them so that we might have a warm and snuggly nest this year.
Not only that, we had two intruders attack, trying to take over the Taj Mahal. You should’ve seen Jonathan protecting me. Those two interlopers ended up continuing to fly North. It only took Jonathan a few hours the morning of Saturday 3/25/2017 to make it clear to them that The Taj Mahal is ours!
The Doctor tried in vain to snap a photograph of the four of us fighting. I understand this would be a difficult photograph. I thanked him anyway for trying to share this event with you all. 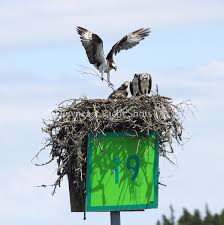 Any place, high, safe, with a wide field of vision and plenty of fish will do: 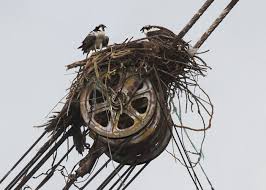 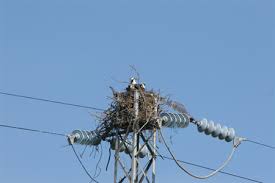