Several years ago, before The Doctor and I developed our unique form of telepathy, he would leave his office window open so I could use his keyboard. 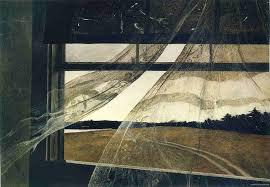 At the time the female H. sapiens that lives with The Doctor was unaware of our arrangement. Fortunately she is a sound sleeper and never did pick up upon it.

Now, I’m not bragging but, I can hunt and peck, and click and shift, backspace and delete, and click, click, tab, #, punctuate, back click, forward click and Ctrl-Alt- Del with the best of them. I know what you’re thinking. You only have four talons, but I can pic/peck with my beak faster than you can blink your eyes.

Well, as some of you know, The Doctor has a bad knee which is taking him away from his obligatory osprey reporting. To compensate, he has left his office window open; so I will be communicating directly with you.

I hope to lay my first egg this week.  Keep a look out!  And thanks for reading.