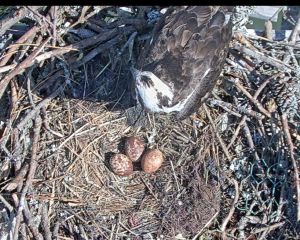 Harriett’s first egg hatched today at 3:46 PM.  Most of the hatching took place beneath Harriett’s brooding pouch. She seemed reluctant to let the world know what was happening. It caused a lot of excitement in the Doctor’s office; the office staff and patients all watched. 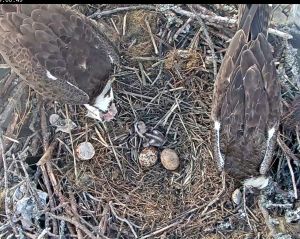 Ozzie has already brought them a bluefish. It looks like he ate the head off and is giving the rest to Harriett. 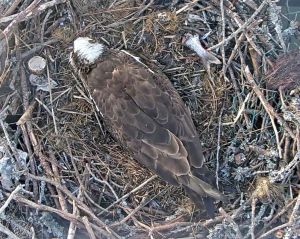 Harriett saved the tail of the fish to have as a snack later .