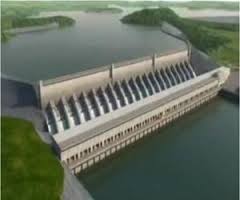 Harriet has left her South American wintering ground. As you read these words, she is in mid migration. She will travel over 2000 miles in the next 2 weeks anxiously, excitedly, anticipating arriving behind the Doctor’s giant nest to see what she knows is the Doctor’s latest effort to provide her with the best of all nesting sites.

This was her 2nd winter at the Santo Antônio reservoir. She thinks she’s found a nice spot to which she will return.