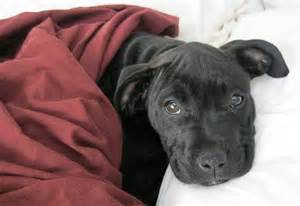 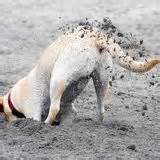 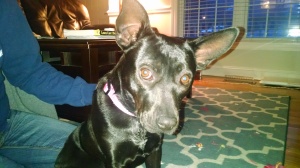 Marley, Cleo and their friend Daisy spent the weekend hunting for gremlins. You may remember last year; gremlins were quite troubling.

Not only did they disrupt the image by chewing through the coaxial cable, but somehow they made the live camera stream difficult to view from the Internet.

“The Doctor will have none of that this year,” said Harriett emphatically. “He has recruited Marley, Cleo  and their friend Daisy to scour the premises for the least evidence of gremlins.

“Arf!” Said Marley. There are no gremlins out here.”

And find them they would, if they had still been hiding in the marsh.  Gremlins have a very distinctive odor, not pleasant if I might add. Any dog with a respectable snout can root them out.