Daydreaming at the kitchen counter, the Doctor haphazardly gazed at Old North River’s receding tide, hoping his mood would not follow. The need to get a personal, close-up photo of Tweedy gnawed at his sense of certainty, despite the definitive proclamation, from the world’s most renowned naturalist, that the evidence presented thus far is conclusive of Tweedy’s survival.

Unperceived by said Doctor, two friendly ethereal affirmations, signifying truth and nature, circled the room above him. They were jovial and anxious to enter the Doctor’s psych.

The Doctor is about to experience them both, first like a child comprehending simple mathematics and then like Plato’s Analogy of the Cave.

“Hello Doctor”.  The telepathy passed through the ether at the speed of light.

Like a rogue ocean wave, unexpected and overwhelming, this telepathic thought crashed into the Doctor’s brain, supersaturating and overflowing its meager capacity, but washing it in happiness.

Harriett’s telepathy was strong and clear. Crystal clear, distinct and direct, as if she had something important to say.

“Oh!” The Doctor vocalized before realizing he was not in transference mode.

Overly excited, he spun to look at the newly up-righted platform.

In the process he knocked his sardine and anchovy sandwich onto the floor.

Marley was on it in a flash, but on further inspection, let it lay, neglecting his floor cleaning responsibilities.

But, the newly up-righted platform was empty. 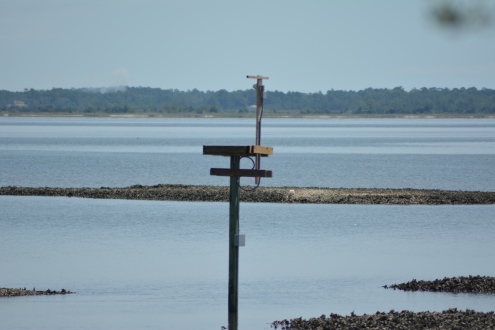 “Over here,” entered his brain like a laser beam.

The Doctor spun again.   And there was she.

Harriett, his beloved, perched on a limb of the Great White Oak they had lived in two years ago.

Fish in talon, she stood confidently, sleek and trim, as beautiful as ever, pulling at the Doctor’s heart strings like never before.

Discombobulated, the Doctor had to control-alt-delete to regain his composure.

“How are you?” Asked Harriett without a trace of circumspection.

“How am I?” The Doctor repeated incredulously.

“It’s not me, how I am, I am how, you are.” The Doctor butchered the Angel’s telepathy.

The Doctor steadied himself and then sent a clear thought transference.

“Are you alright? Harriett?”

Harriett felt the stress in the Doctor’s transfer.

If anything, telepathy augments sarcasm, which of course did not go unnoticed by our Bird.

In an attempt to put the Doctor at ease, Harriett replied, “I am well. Why do you ask?”

“What?!” Exhaled the Doctor. “Are you kidding? Why do I ask”? Sarcasm now gone; derision raising its ugly head.

There was a long uncomfortable pause in their communication.

Finally the Doctor broke the silence.

“Why no telepathy in nine days”? The Doctor inquired in good faith.

Her casualness perplexed our human protagonist.

“A few things on your mind? Is that all? I’ve been worried sick about you.” The Doctor humbled himself.

“Worried about me? Why?’

The Doctor stopped to collect his thoughts. Was he missing something?

“Well, Harriett, you know……………the hurricane, your nest, Tweedy’s fate and no communication from you. How could I not worry?”

“Oh, all that,” replied Harriett. “That was just Mother Nature”.

Slowly the Doctor began to realize he did not have a good grasp of the situation. Harriett realized it too.

Harriett sensed the Doctor’s anxiety and continued her thought transferences, in an effort to avoid another awkward pause.

“I hate to admit it, but Ozzie and I got into a big argument the day after the storm. He wanted to head South early to catch the World Cup, and our disagreement got out of control. It was embarrassing. Certainly you will excuse me, while I keep my own house in order”.

Now Harriett paused to further assess the situation herself. She realized the Doctor needed more education; a lot more education.

“Many humans do not understand nature. They think there is divine intervention in our lives, when in fact the natural order of things, are indeed natural, and cannot to be equated with the will of God”.